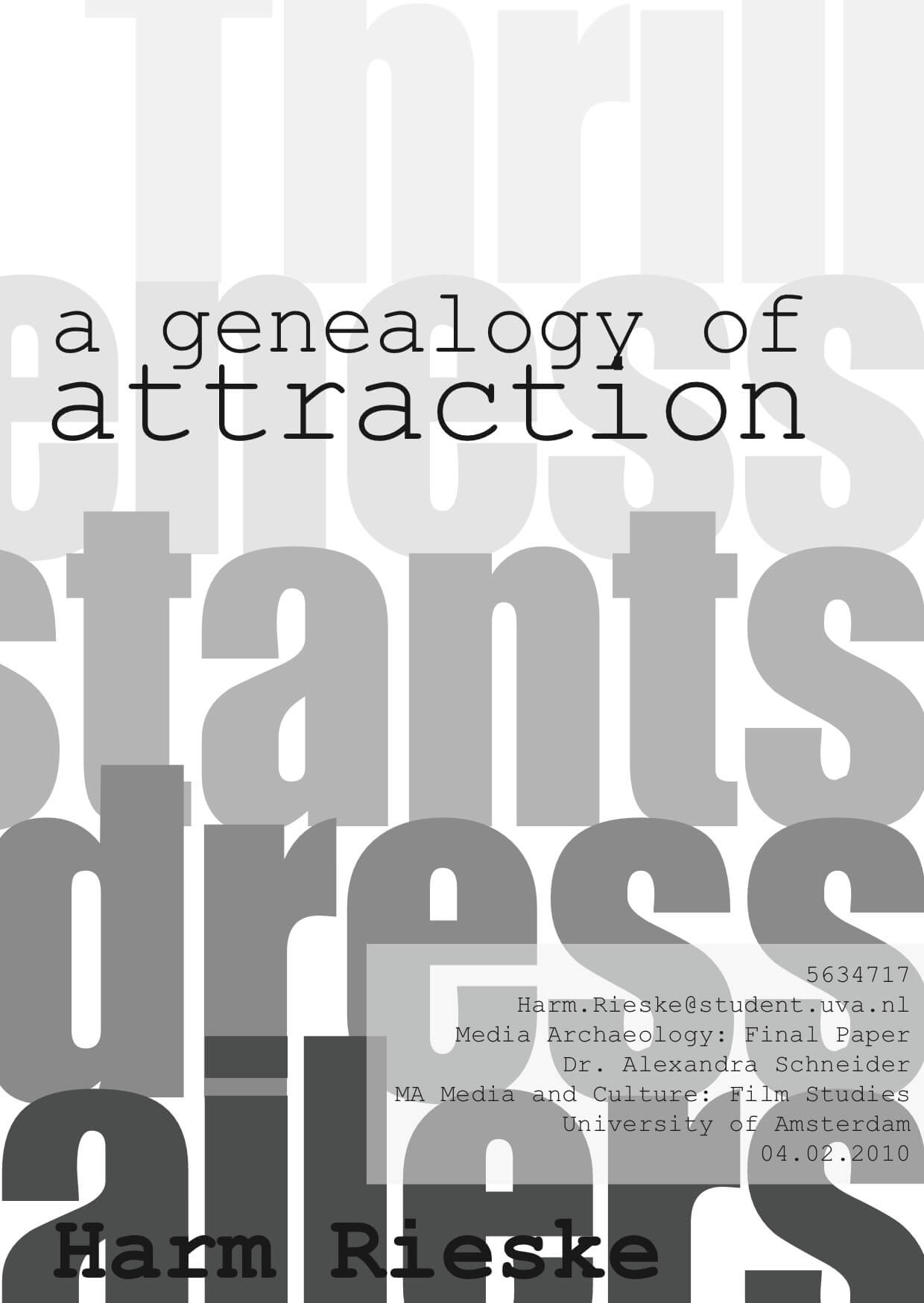 A Genealogy of Attraction

Where is the attraction? Along with leisure time comes the desire for amusement. Around 1900 the latest attraction is cinema. As with any medium it starts out by remediating earlier modes of, in this case, the popular amusement of fairgrounds. Cinema goes on to acquire a relative stable form of feature length films based on literary modes of narrative as a way to increase its status.

But the earliest films were short, showcased spectacle and could be understood autonomously. Tom Gunning refers to the period that runs roughly from 1893 to 1904 as the cinema of attractions. The idea is that these films should be judged and understood as attractions rather than stories.

Although the precise levels can be contested, an increased focus on narrative has commonly been perceived in the development of cinema. This begs the question; where did the attractions go? For that purpose I propose a tentative genealogy of attractions. It shows how the roots of the cinema of attractions disseminate into specific genres and other media. To comprehend the cinema of attractions I use five basic traits Gunning names in An Aesthetic of Astonishment: Early Film and the [In]Credulous Spectator (1995): thrill, awareness, compilation of instants, direct address and showing the world. I propose that these traits go on in ‘basic’ genres of film. Aside from reappearing in action movies, for example, or comedy attraction has also seeped back out of the films into audiovisual advertisement.

Looking at these nodes I reaffirm Gunning’s observation about the central importance of awareness and the exhibitionistic or demonstrative character of early film and consequently place early film in perspective of remediation. New media theorist Jay Bolter and David Grusin furthermore provide two terms of importance for this paper in their book Remediation: hypermediacy and immediacy. Whereas current movie screening prefers an immediate immersive relation to the film, early film was more about showing and the showing of the medium itself resulting in a more hypermediate situation. Modern featurettes reveal again the medium itself.

Read the entire paper on academia.eu